The Rock and Surf International is a competition between South Africa and Namibia which is a highly competitive event between the nations best anglers. The event which was impacted by adverse weather conditions was eventually won by the host nation in a close-fought contest. The Namibian captain Morne Hugo, kindly provided us with a breakdown of the 3-day event.

Despite a gruelling day on the beach where the team covered over 18km on foot and battled against the difficult conditions, they started well with some nice catches and managed to take the lead after day one. However, the team exerted a lot of effort battling against the surf and hauling their kit over the long distances.

After the difficult conditions they faced on day one, the team set off to find shelter from the weather. However, right from the start, they experienced wind speeds up to forty knots which affected the team morale but they still managed to sustain their position at the top of the leaderboard by a few kilograms. Although, by the end of day two, the South Africans managed to make up some ground and were close up in second place.

Just as they thought they had seen the worst of the weather, the team were tasked with worsening conditions on the final day. Within the first two hours, the South African team managed to catch a couple of substantially sized fish and they took the lead over the Namibian team. This proved to be the last of the action as the Namibian side never managed to catch a single fish all day.

Take a look at a selection of images from the competition below. 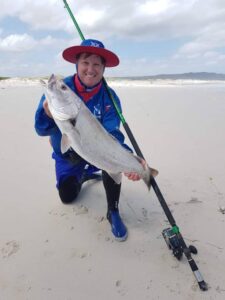 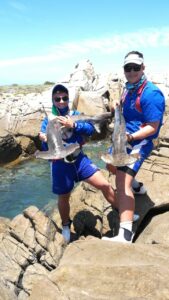 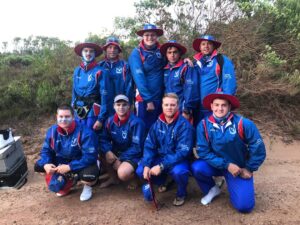 Contact our specialised team today to find out more about any of the services we offer.

OUR SERVICE TEAM ARE HERE TO HELP